The Enouranois group is investigating the allegations of the American scientist J. Marvin Herndon 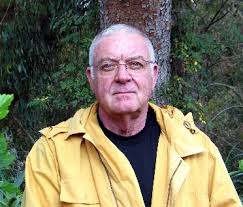 that the atmosphere of the earth is being sprayed secretly with  material derived from the fly ash discharged by coal-burning power stations http://enouranois.eu/?p=1049

In response to these allegations, the administrators of the greeklignite.blogspot.gr declare: “This is ridiculous. The ash from Greek lignite goes has for years gone into producing cement… If anyone believes that cement manufacturers would allow a material they are supplied with virtually free to be “sprayed” from the sky, then for sure we are threatened by mass psychosis. Unfortunately, as it seems, the Enouranois group has no clue about what happens to fly ash and confuses Greece with America, danger-mongering for no reason.”

What does the Greek Lignite blogspot have to say about the upcoming UN Climate Change Conference?

“At the end of the month the United Nations Climate Change Conference (COP21) will be launched in Paris. Under the predominant – in the Western world – ideology of “anthropogenic global warming” there will be an attempt to impose on other countries even more wind farms and photovoltaics, so that there can continue to be “green” workplaces in industrial countries.

December will be winter in Paris and it will be very interesting to see how the weather will be, given that meteorologists predict that this year’s El Niño will be the strongest of recent decades. I haven’t seen any prediction for France but on the other side of the Channel in Britain they are already preparing themselves for a very heavy winter! How different is it going to be in Northern France?

With one of the worst El Niños, early October snows, low temperatures, problems with transport, deaths from the cold, some “global warming” may well be welcome. And it will be very interesting to see if in the first ten days in Paris they should happen to be discussing “global warming” in the midst of some snowstorm or unusually low temperatures. And it will be even more pleasant if one of the airports should happen be closed by the snow, at the beginning or end of the Conference…”

According to the American activist Dane Wigington of the Geoengineering Watch website, these phenomena are not due to climate change but to climate modification. Through the application of aerial spraying and directed energy the jetstream is being diverted so that, apart from the short-term economic benefits of warming the Arctic, there is also the benefit of generating political confusion, i.e. reinforcing the sceptics’ (and Greek Lignite’s) view that global warming is a fraud. This is what is argued by Dane Wigington.

It is easy to understand why Greeklignite blogspot should be dismissive of the idea of coal ash being sprayed in the atmosphere. But why are the opponents of lignite so totally against investigating allegations so incriminating for the defenders of generating electricity in this way? Why are they not interested in knowing whether the supporters of lignite are really complicit in such indescribably outrageous practices? Particularly when climate activists are so much more uniformly opposed to lignite than they are, say, to nuclear energy!!!

These are questions which – we hope – Enouranois will be raising in Paris. 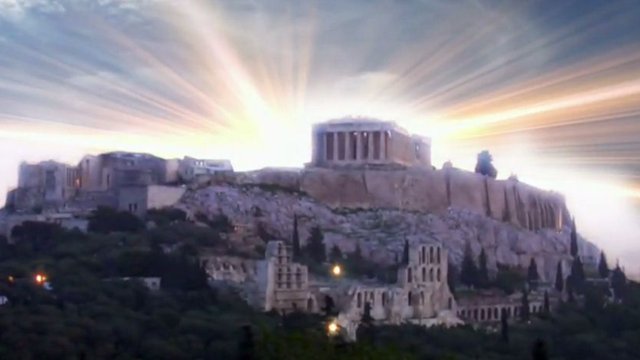 Dialogue on Fly Ash and Geoengineering

On the fly ash issue, I worked for years with fly ash, and for this reason and others I don’t think this is what’s being sprayed on us.
————–

I would like more information on this (fly ash), because your view is also the view of Dr. Katsaros.

My feeling that fly ash is not what is being sprayed on us is mainly for a few reasons.  First of all, being very familiar with fly ash first hand, what residue from it looks like and somewhat with its chemical profile, I don’t think it fits what is being found in tests of soil, water and air.  Also Carnicom has found dried blood and other biological components have been added to the mix, which are certainly not from fly ash.  In addition, Kristen Megan the air force whistle blower has reported tanks of aluminum dioxide and the other metals in the spray being loaded onto the tankers in pure form, not as fly ash.  I think it’s a much more sophisticated list of recipes being used, definitely multiple mixes, each used for a different application, judging by the differing effects in different places. There are also a few people who can smell and taste the spray residue and are sensitive enough to detect the difference in the recipes as they fall to Earth.  Fly ash doesn’t smell anything like what they are reporting.
——————

Aluminum, barium, and strontium were first identified in rainwater tests. I have identified 8 elements, including those three, in rainwater samples I took; their relative amounts match quite well corresponding amounts determined in the water extract of coal fly ash. There is a comparable agreement for 14 elements between dust collected with high-efficiency air filters and coal fly ash samples:  http://www.nuclearplanet.com/ijerph-error_corrected.pdf

I have unpublished results comparing 26 elements in a fibrous material with coal fly ash. In America, we have an expression, if it walks like a duck and quacks like a duck…..

The more one comes to understand, the better one becomes at uncovering disinformation. The CIA and military are happy with people believing that those three elements (Al, Ba, Sr) are being sprayed as oxides; the truth that the main ingredient is coal fly ash, (tens or hundreds of million tons of it), a toxic-nightmare, is the Achilles heel of the program. I suspect that Kristen Megan was either deceived about “tons” of those three elements or she is part of the disinformation team. (….) Coal fly ash differs somewhat in color and composition depending on the origin of its original coal. There may be different additives for specific purposes, but coal fly ash is a low cost fine-grained substance, readily available in mega-ton quantities from existing out-of-sight production facilities, that is ideal for weather modification: it holds heat in, retards rainfall, makes water droplets more electrically conducting: Ideal, if you have no conscience and no concern for humanity or for life on this planet.

(….) I have raised the bar. Those who object should publish those objections in the peer-reviewed scientific literature. That is the appropriate forum for discussion. The work I have done on that subject transcends the unfounded opinions that are common in Internet discussions. There is a concerted effort by professionals (CIA?) to discredit my work (and yours too, I’ll bet); there are others who simply do not understand, contributed in part from the absence of truth and the presence of untruth.
———————–

Well, it may be what is being used for the main bulk ingredient as you say.  It does fit the profile of an extremely toxic substance which I believe is the main characteristic our rulers at the top level are looking for.  I am just doing my best to learn more, as we all are, and am not out to defend my own impressions or theories, just to find out what is true.  This is way beyond anyone’s ego.  And yes it is true that coal ash is available in large quantity with no problem. Customizing recipes could be done with additional ingredients.  I wonder what Clifford Carnicom would think of the theory?  He has been on our show and is a serious researcher into the composition of the residue.  He found dry blood cells, and nanotech organisms not normally seen in nature.  His opinion would be interesting.

Whatever it is they are spraying, it would be good to stop it so there can be some chance of recovery.  Our rulers have no intention of doing what the people want, though, only trying to engineer public opinion by deception.  Their presence in positions of power is pretty much the key problem, and they don’t intend to leave.  They have already gamed this out, and expect us to come to the conclusion that we will see no option other than violent force.  But that would be suicide on our part, as it is the eventuality they expect.  We need a higher level of creativity.

1 thought on “GLOBAL ACTION ON CLIMATE-ATHENS”