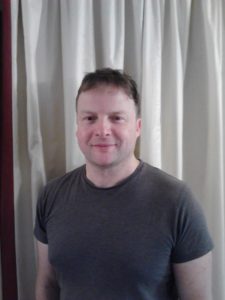 I kept my interest in science throughout and have dreamed of getting into science writing. Communicating science to the everyday guy like myself. Unfortunately, the very topics that need the most attention are the ones that get suppressed. Like this one.

Upon returning in 2010 with my Hungarian wife and half-Hungarian boy, I noticed the criss-crossed skies were the same back home. Coupled with the chemtrail literature I had been reading, it hit home to me fully that this was a widespread, international problem.

Since that time, I have been compelled to painstakingly piece together a prodigious puzzle and communicate it to myself. Back then I had a personal epiphany of sorts, that global warming and geoengineering are inextricably intertwined. It has never slackened its grip on me.

It is a great honour to have my series of articles featured on this site. I have a lot more that follow on with the “Study in Infra-Red” as I have entitled it in honour of Conan Doyle’s “A Study in Scarlet.”

I’m trying to systematically lay the foundations in as simple terms as possible (but no more) with the rock solid scientific foundations required to corner this elusive beast.

To do that, I have had to see past the petty infighting in this movement to frame the fearful symmetry, the big picture of which everybody has an important piece.

I hope that doesn’t paint me as some kind of saint, I have my own flaws but this movement is bigger than all of us and we must put our differences aside. If we do, we can see that we have far more in common than we realise.

There’s a lot here. You might start with the first, entitled campaign. It provides an overview in around 2000 words. The rest goes into the details, where the devil is….